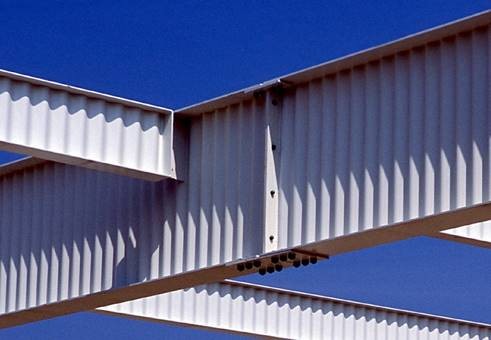 Known as the SIN system, the production technology has been imported from Austria. The product, SIN beams, are said to combine large spans that are very light weight.

Having started production, KSSL said it is now able to supply the beams to customers in the UK and Ireland including steel fabricators.

Dimensions, material thickness and material quality of the upper and lower flange as well as the web are precisely adapted to the customer’s respective requirements.

The maximum length of a manufactured beam is 16m, but the beams can be spliced to make longer sections. An open span portal frame has been made in Austria spanning 56m.”

The depth of sections varies from 350mm up to a maximum of 1,580mm, with a 400mm maximum width of flange. Sinusoidal corrugation of the web is standard no matter the depth or the width of the beam.

There are big financial savings compared with large rolled sections. You can save 20 to 35% in weight which transfers to significant cost savings. The machine can produce 1 m of beam per minute whether it is 350mm or 1,580 mm deep.” The special design of this product is covered in the European Code of Design of steel structures: EN 1993-1-5 Annex D.”

On a traditional portal frame the main advantage is that it can eliminate the need for a having to cut & weld haunches which can provide significant manufacturing cost savings when it comes to making roof rafters.

The Sin Beam machine consists of a de-coiler, longitudinal splitter with roll-forming unit, flange plate intermediate-storage & in-feed, assembly and welding station, as well as beams conveyors. The welding process is automatically executed by two welding robots. For the precise welding line, the surface of the corrugation is scanned by the robots using laser sensors.

To minimise the impact on the environment the SIN beam system is a green solution as the SIN beams are manufactured with steel plate that require less energy during manufacturing process compared with large rolled steel sections. Also the overall tonnages of steel required are much less. This ties in well with our company’s ISO 14001 environmental management system objectives. 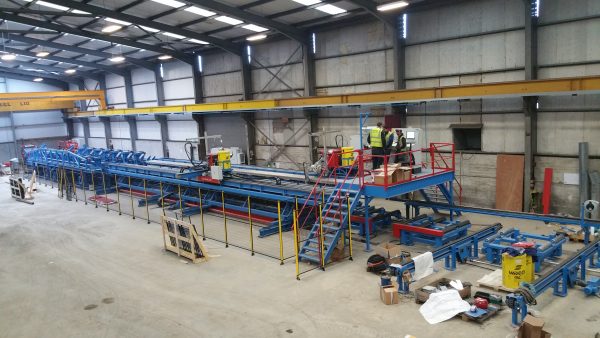 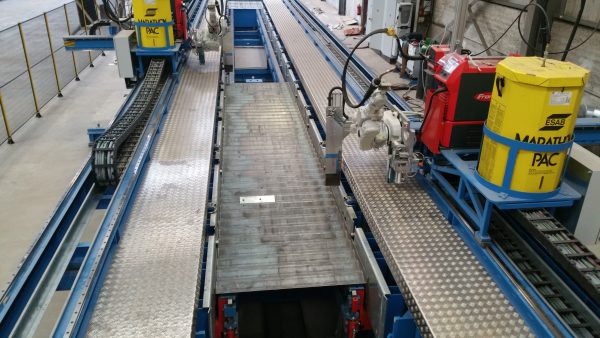